The Future is HERE 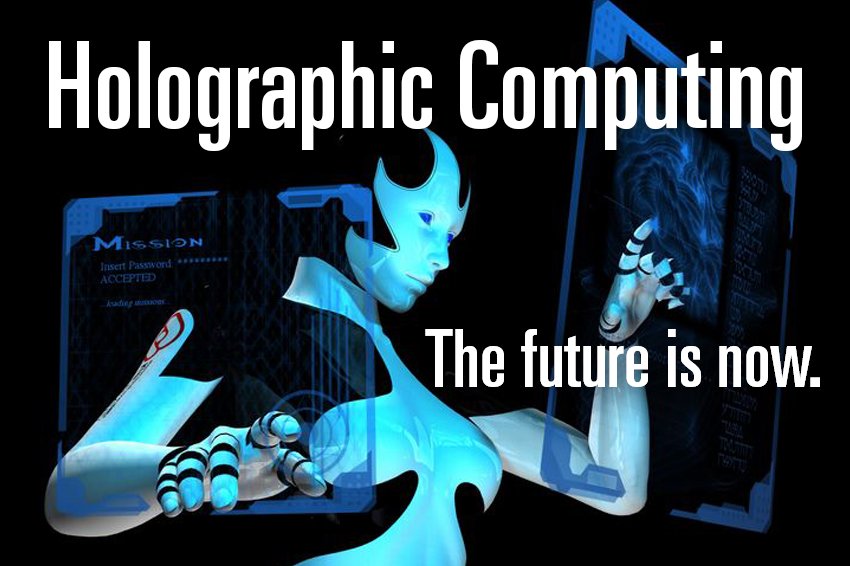 Apparently nobody told the developers at Microsoft that holographic computing technology is only for the movies like Minority Report with Tom Cruise. Maybe they have been lounging around watching movies all day, brainstorming ways to bring fantasies to reality. Lord knows we have been waiting for something astounding to come from their offices. Well, make no mistake, Microsoft’s new HoloLens is nothing like Google Glass Part 2. They seem to have realized this technology isn’t going to be part of our daily wardrobe just yet. And, Microsoft is not trying to… a lesson that Google failed to realize quickly. Instead, the HoloLens will without a doubt begin showing up in offices around the world soon enough. You may be skeptical of it, or just wondering what it even is.

Wouldn’t you love taking a break from that chain holding you to your desk everyday? The greatest aspect of holographic computing is that you wouldn’t be confined to a particular area for work anymore. No more sitting at a desk, staring at a computer and clicking away. HoloLens enables you to create a workspace regardless of where you are. The area around you is your screen and the keyboard and mouse become obsolete. I mentioned the movie Minority Report. If you have seen it, the use of holographic computing in this film projects what HoloLens is capable of. I know, some of you may be thinking that laptops, smart phones and tablets let you work while on the move. You’re right, but they limit what you are capable of doing whereas the HoloLens technology will only be limited by you. Can you imagine?

It’s just for gamers right? Wrong. If that is what you are interested in, then try out Oculus Rift which is a virtual reality (VR) headset designed for gamers. Keep in mind that HoloLens isn’t VR. In a virtual reality world you are completely oblivious to everything around you. The difference here is that HoloLens creates holographic images sharing the space you are sitting or standing in. This means you are still able to see and interact with people and objects in and around your vicinity. This isn’t a toy, it’s a tool that was developed for business applications and helping you reach your full creative potential.

Obviously, some comparisons have been made between HoloLens and Google Glass. Yes, they are both wearable computers that project a holographic image, and that is really where the similarities end. The minuscule images that Glass produces is nothing compared to imagery that HoloLens brings to the table. Glass was really made more for staying connected to the office while you are away. HoloLens is basically about taking your office with you. CEOs, doctors, engineers, architects, graphic designers, you name it… the list of professions that will utilize this technology goes on and on. It will be interesting to see which other companies realize, or have realized that this is the next step in computing. It will be exciting to see who tries to rival what Microsoft is doing. You know Apple is always lurking out there waiting for their moment to pounce. As for Google Glass… well, they had the original idea and although Glass as we know it has had its plug pulled, rest assured that Google is also still capable of creating a competitor to HoloLens.

To the future we go!