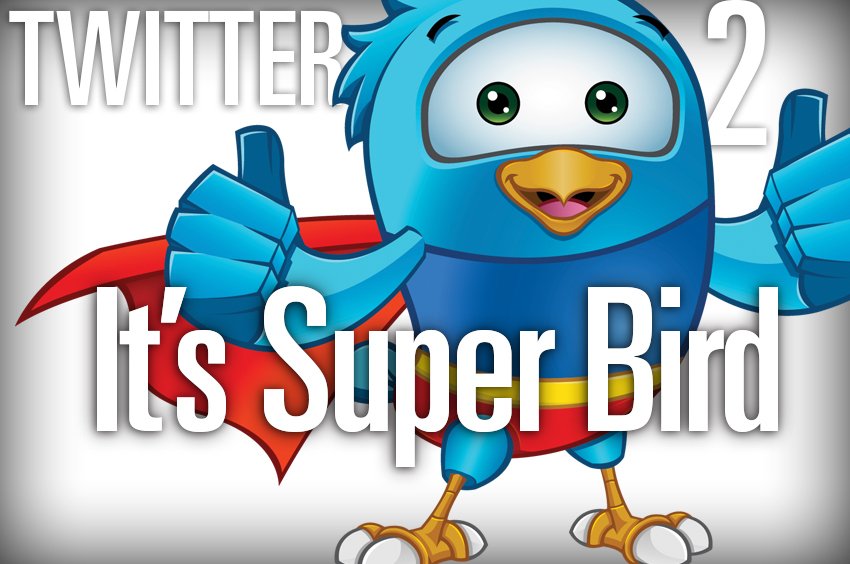 Without a doubt, Twitter continues to be a very popular social media platform. You ask why? And more importantly, is it worth investing in for your business? The concern with Twitter is that its popularity is really being pushed by Hollywood. Celebrity selfies, rumor mills, b-list actors and actresses trading insults in an attempt to keep their names relevant. It’s all fine and dandy if that’s what you’re interested in. Judging by this networks slow growth in new users and the fact that many businesses do not add this network to their repertoire, Twitter is beginning to realize that they may have a problem… and I know if I want to catch up on some gossip I’ll hang around the water cooler at work. I prefer to read and learn something that’s productive during my time on the social networks. Let’s keep the nonsense to magazines at the local grocery store checkout lines, and give me a reason to pitch Twitter as a viable option for my clients’ marketing plan.

Well, the good news is that Twitter appears to be listening and they have been in the process of rolling out new features. Obviously, it’s too early in the game to gauge how much of an impact these changes will have, but at least it shows that Twitter is aware of the situation and has it under control. So, what are some of the new, as well as under utilized features available for your business?

Google teamed up with Twitter. Better late than never, right? This is actually great news for businesses using Twitter considering that posts made on this network will now show up in google searches… even if the person searching does not have a Twitter account. The benefit is increased exposure for your company considering the fact that your tweets will now be seen by an entirely new group of people. If you want to take advantage of this feature, STAY ACTIVE and keep your tweets interesting. Please note: there are certain factors, such as follower count and user engagement with your tweets, that will dictate how many of them actually get indexed.

Better late than never, right? That appears to be a recurring theme with Twitter! Yes, you have had the ability to upload video clips from Vine for a while, and NOW you can upload from your phone or take video directly through the Twitter app and edit. No middle man. How cool is that? Considering that the stats show posts containing video really increase interaction, this is a great addition that your business can utilize in so many ways. Think about it! Remember, like your posts that contain photos, creativity counts and that’s what will make you stand out from the crowd. This will definitely help get the maximum amount of exposure for your business.

LISTS : AKA Friends with Benefits

Many users do not take advantage of this feature, but they really should. Creating a list, for let’s say your top engagers, will allow you to quickly see their interactions with your account on Twitter and that gives you the perfect opportunity to interact with them, even if it’s a simple thanks. This shows you appreciate your followers! Another list may be filled with top influencers that you wish to connect with. Adding them to a list will ensure that their tweets don’t get lost in the chaos that is Twitter, and you won’t miss an opportunity to respond to their tweets. Remember that interaction is key when trying to gain recognition and you may possibly form a connection with them. This is just a brief sample of the benefits of lists for your business, there are a multitude of possibilities if you put some thought into it…. businesses you recommend, a client list, event attendees list, helpful resources list, staff list, shared interests list, and so on. You get the picture.

You can now create groups of up to 20 followers to have private conversations through the direct messaging tab. Within this group you can share ideas through tweets, links, photos and more. You will be surprised the conversations you can start with clients or prospective clients all through a privately shared group. Lord knows that messaging apps are popular all over the world. This one is built directly into what may become one of your new “favorite” social media networks.

Let’s not forget that Twitter invented the #hashtag which can do wonders for your business when properly used. They also  recently updated the layout of profile pages with a fresh design. This goes to show you that they are continuously working to improve the platform. Only time will tell if Twitter will be a power network for years to come, or if they are desperately trying to build a facade that covers the rumor mill that lies within.

One request Twitter… can we get the character count a bit longer please? They have in the past. My fingers are crossed for this one in the near future. Better late than never, right?