Did this Apple Fall Too Far From the Tree? 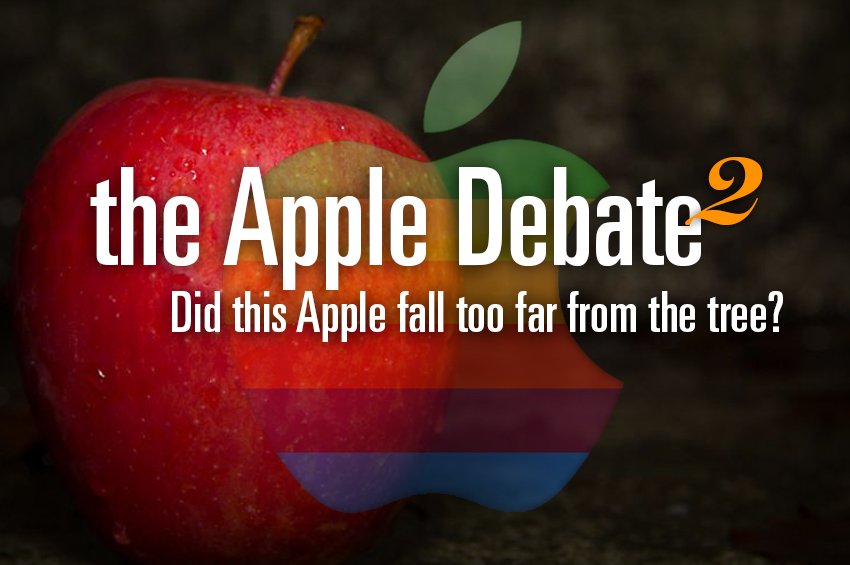 Steve Jobs
There’s no arguing that the world of technology wouldn’t be the same without him. Even the ones that dislike his “personality” in the legacy of Apple have to give him a good bit of credit. This wiz basically developed the first personal computer, that’s extremely intuitive and all bundled into a beautiful piece of art. Now, it’s not a surprise what followed. The iMac, which is often imitated but never duplicated, has become an unstoppable beast in the world of computing, and the iPhone really made the term ‘smartphone’ universal. iPod and iTunes, which revolutionized the digital music world, are not going anywhere… we think. And then there’s the iPad, easily transportable, which includes many abbreviated applications to keep you moving forward when away from your computer. But wait, there’s more. We can’t forget iCloud.  It’s the magic that helps connect all of your Apple products, keeping them in sync and updated.

Tim Cook
There could not have been a better man for the “Job.” Unfortunately, since the passing of Steve Jobs, we have received the last great advancements from Steve’s mastermind contributions. The immediate future of the company lies now with his successor, a man who shadowed Jobs for many years. Some might say he was Steve’s closest twin. Is Mr. Cook capable of maintaining, progressing or even surpassing what Apple’s founder was able to create, or will he forever live in the shadow of Jobs? Let’s review a few developments since Tim Cook has accepted this change of hands…

All of this said, what does Apple really have to Cook up with?
Too many times over the past few years we’ve been subjected to an Apple news conference after an Apple news conference where the ‘big’ news was not much more than a release of a new laptop color, a new iPad size, and their hyped up take on an existing product. Just STOP Apple! We’ve had enough with the ever so slight tweaks that give us a new version of the very same product… it’s like a bad horror movie sequel. We think you are starting to see the picture here. Where is the next, out of this world, can’t live without it product? And we do not mean the headphone sets and drone flyers that adorn your store walls more and more these days. PLEASE!

Well, maybe there’s a hidden gem in that Apple Watch or that Apple TV they have baking, or maybe there’s still some golden technology ticket waiting to be discovered in that Steve Jobs vault we keep hearing about. I hope so, and many other fans of Apple do as well. Rest easy my friends, if we become privy to that information Sourballpython will be the first to call Geraldo…