Are These Apple’s Darkest Days 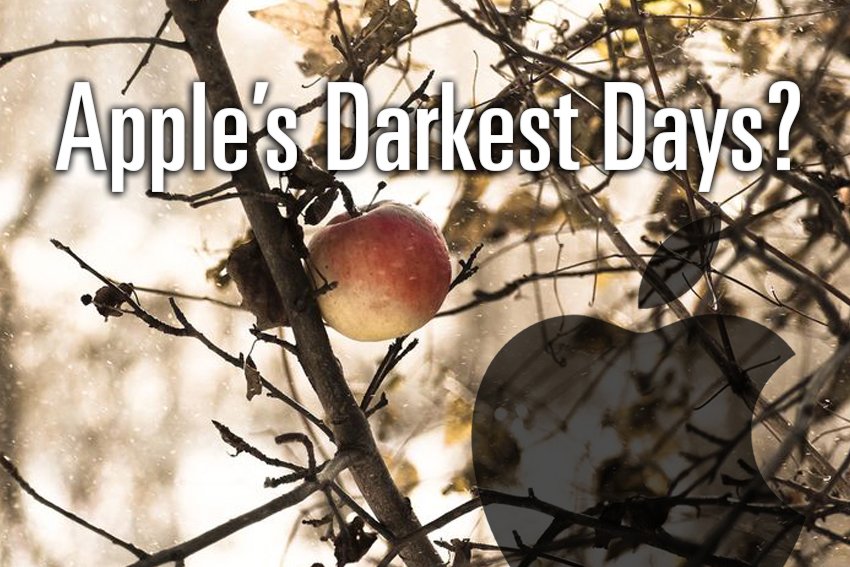 Apple. Has the once great Mecca of technological innovation and design seen its time come and gone? Lately, a crack has emerged in their once great facade. Without a doubt, Steve Jobs was and really will always be the king of the Apple Empire, but like all other kingdoms, someday it will come to an end. Sure, Apple is still doing some fairly interesting things, but all in all, the innovation and desire to “think different”, as Jobs put it, seems to have passed along with him. Unfortunately, the executives at Apple need to realize that you can only circle the flames so long. The real question is… are they prepared for what lies ahead.

With everything Apple has accomplished over the past 40 years, they are still becoming known as the “phone” and “watch” store. While this dominance would be great news for any other company, it should be a let-down for Apple and the millions of people who love their products. This is especially true considering the fact that many other companies are producing smartphones and watches that meet or exceed the iPhone  and Apple Watch designs and capabilities.

Obviously you can’t just snap your fingers and invent a new product or technology every year, but you can put more effort and innovation into improving your existing products. And no, that doesn’t mean releasing 5 versions of the same product with the only difference being a slightly better camera or slight variation in screen size. That doesn’t really qualify as cutting edge innovations either. It feels more like laziness and a hope that your name alone will sell your products. Although, this has worked well in the past, Apple is quickly learning it’s no longer the case.

How bad is it getting?

Recently, after reporting lousy second quarter earnings, Apple stock dropped over 8% which was a $40 billion hit for the company. This was undoubtedly unprecedented in their company history, and overall Apple stock has fallen over 20% in the past year. Sales of the iPhone and iPad were millions fewer than they were a year ago.

Another issue putting a wrench into the Apple works, as well as marring their image for some, is their recent dispute with the FBI over unlocking the iPhone used in the San Bernardino shooting. Many analysts along with Apple themselves may have failed to realize the impact that their refusal would have on the company. I’m not saying that Apple was right or wrong in their decision, but a large percentage of people that use these products were not happy with Apple’s refusal to help… some not understanding the longterm consequences. Unfortunately, it was really a lose/lose situation for Apple. You just have to trust they made the best decision for future Apple users. This was definitely not a best for business decision.

But, with hindsight being 20/20, Apple may have made one big critical mistake by not voluntarily unlocking the iPhone. In doing so, they sent the FBI on a mission to find someone that could hack the iPhone. And the FBI did. This further hurts Apple. Part of their allure was that their devices couldn’t be breached.

In my opinion, Apple is experiencing some of their darkest days, and only time will tell if they have the fortitude that will carry them through. I am and will always be a fan of Steve Jobs,  and I will continue to use their products through all of the crazy little bugs I seem to be experiencing these days. I don’t wish to see the end of the Apple Kingdom. I’m just hoping they come to their senses that we do not need another glorified radio shack, that the Apple TV just isn’t all that, and has anyone even seen the Apple Pen lately. Oh, and why so many different sizes of pads and phone… come on!

Editor’s Note : I was in an Apple store the other day looking to get a mouse for my laptop. It took me a good 15 minutes to find any supplies for Apple’s  computers that were hidden back in a corner. I had to wade through the headphones, drones, speakers and rainbow of accessories that were not apple products. The other 50% of the store was filled with extremely large school tables adorned with little phones and watches. And 30 blue-shirt employees milled about looking for their first victim. I did make one of them chuckle when I did ask for that wired mouse… that he had to go find in storage.