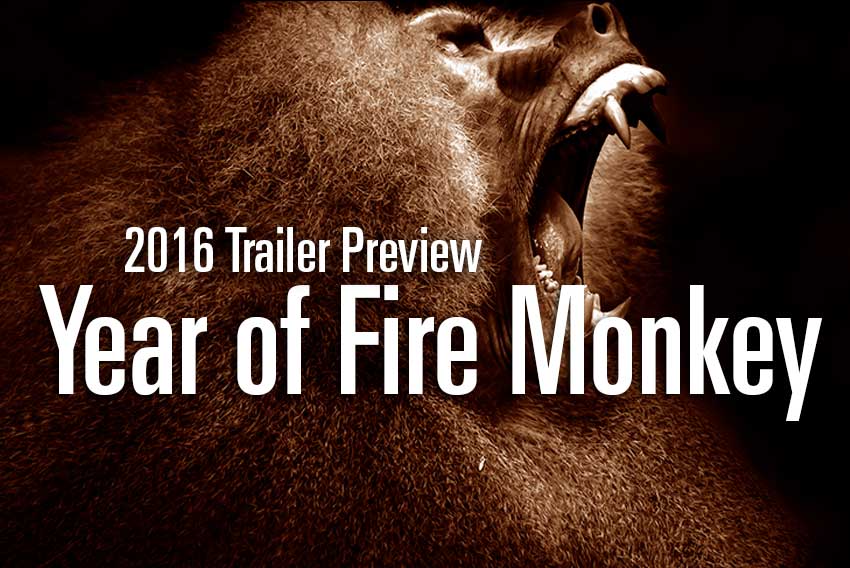 Now that 2015 has come and gone rather quietly, are we finally in for some major changes in the social, online and technology markets? Companies spent the better part of last year tweaking existing features, and we believe they have been prepping for some bigger game changers in 2016. Let’s take a brief look at what the New Year has in store…

Not a new concept, but there’s definitely movement towards this being added to mainstream products.Tesla, IBM, Microsoft, Google… recognize any of these names? With companies like this pushing the envelope of AI, I expect to see some of this implemented into social programs, search engines, and much more in the coming year. This powerful technology has the ability to precisely determine search results, target audience locations, exact content posting times across networks and more. The days of lackluster, generic, and quite frankly, wrong insights for your social networks are over. Heck, right now I could just punch my keyboard and get more accurate insights. It’s time to stop fearing the singularity theory and embrace this technology for what it can give us… a better reality.

No, I’m not talking about the Google kind, unless you want to become a human punching bag? Actually, I may wear my Google Glasses to the local watering hole the next time I’m feeling froggy. Nothing like a good old-fashioned bar room brawl to get inspiration flowing. That’s all you can expect when wear the Google kind. But actually, I’m referring to the virtual reality type like Oculus Rift and HoloLens. With gaming, and 3D being such a huge aspect of our lives, it’s only a matter of time before offices around the world begin to take on a “Minority Report” look. Gaming will be amped to a new level and this is one more possible outlet for throwing and ad or two in. Is that even possible? We are sure the developers will make it possible… that’s money!

This isn’t your mammy’s generic push notifications from blogs. In 2013 iBeacon, yes it’s an Apple product, made some minor waves… nothing huge. A couple years and many tweaks later they may be onto something and the other companies are starting to follow suit. So what does iBeacon do? Simply put, it extends the location services built into smartphones. It enables business to target customers in real-time via transmitters that are triggered by an app on someone’s smart device. These iBeacons are located in stores, bus stops, or anywhere, and when the potential customer gets in proximity a notification is immediately sent to them. This notifies the person of a sale, service, or whatever going on in that nearby business that has the iBeacon. It’s what RSS was suppose to be. Like I said, it’s not quite like the generic subscription notifications someone receives while taking a bath. This is strategic warfare. Possibly a hidden gem for Apple.

They are everywhere. There will be over 6 billion smartphone users worldwide within the next few years and they each have countless apps installed on their smart devices. Did you know that Google indexes those apps just like it does websites? As business apps become more prevalent, it may be time to invest in building a good one for yours. There’s no doubt that a mobile optimized site is important but apps are the wave of the future. Ease of use and the fact that they can basically do everything a website can fuels their fire. Consider this, you’re competitors likely already have or are developing an app for their business. Where’s yours? Crystal ball time. We see the idea of apps overtaking how you browse the web. Put some thought into that one.

Let me repeat, VIDEO. Maybe. Now I’m not talking about the video of you face planting while trying out your new hoverboard.. Sure, video like the aforementioned will always be popular, but I’m talking about quality video used as a marketing based tool. 2015, heck even 2014, was hyped to be the year of video, but it appeared to somewhat fizzle in overall business marketing plans. It was a part of them, discusses and pushed to the bottom of the list like blogs and podcasts. We got a glimpse of what may be, but that was about it. Some video ads began showing up in search results. Facebook implemented the Gif and video feature, but nothing awe-inspiring happened. I really expect to see something impressive from the social media end to promote the us of video this year. 2015 was the year of hype. Now it’s time to deliver. Lights, Camera, Action!

Needless to say, I’m looking for some excitement after a rather lackluster 2015. The technology is there, and companies have had ample time to tweak their products. Hopefully my review doesn’t fall flat. Otherwise, I’m going to dust off my Google Glasses and crash their 2016 New Years party… if you know what I mean.

This was just a brief overview of 2016 happenings. You can expect to hear more details from me in the coming months. Let’s make the New Year prosperous… get in the game!